Coworking in Fort Collins: The Articulate 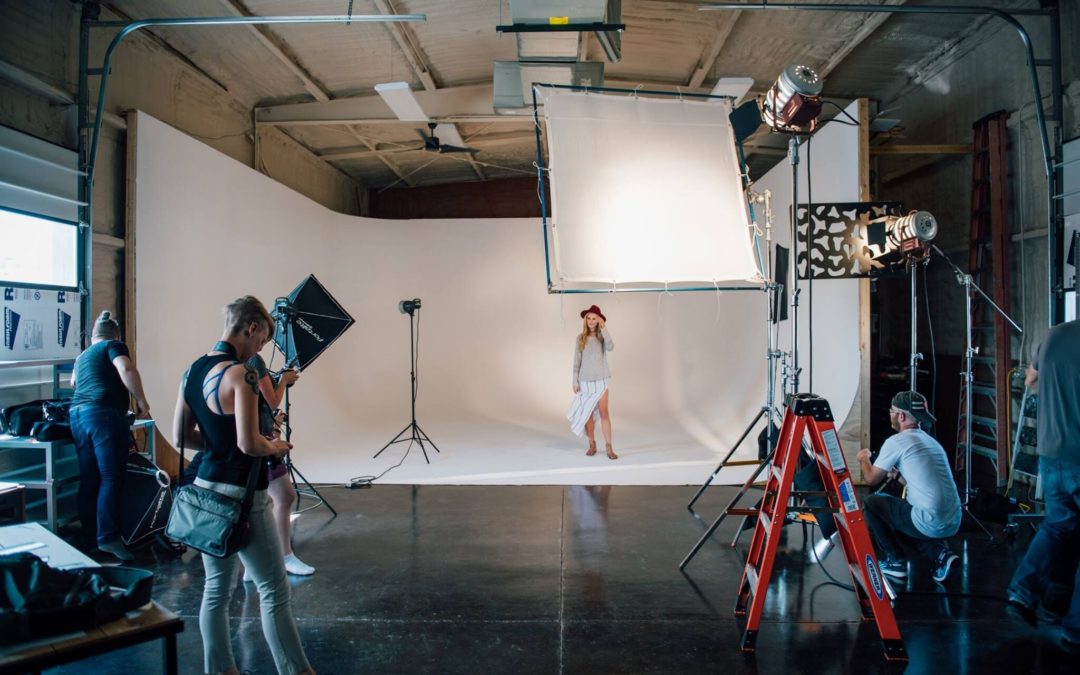 Watching Old Town Fort Collins bustle through the massive picture windows at The Articulate coworking space, I soak in its culture and the afternoon sun in the airy space. Across the street I can see The Artery on Linden. All I can hear in the open office space is the chirpy click of computer work, the pleasant white noise of traffic, and the far-off murmur of a conference call in the glassed-in meeting space. From where I sit in the shared office by the door I can see one video editor digging through footage of a wedding to find that perfect moment and another tweaking a logo with a sophisticated digital arts program. Around the periphery of the bright space are nine private offices. I can feel the Friday afternoon final energy as coworkers focus on reaching their week’s goals. The space is alive with creative energy.

The Articulate is named for the flexible yet permanent connections between articulated train cars. Owner and founder, Patrick Edmiston, describes the impetus for the coworking space and the name through The Articulate’s origin story and how the collective strives to be the flexible joint between professionalism and creativity. 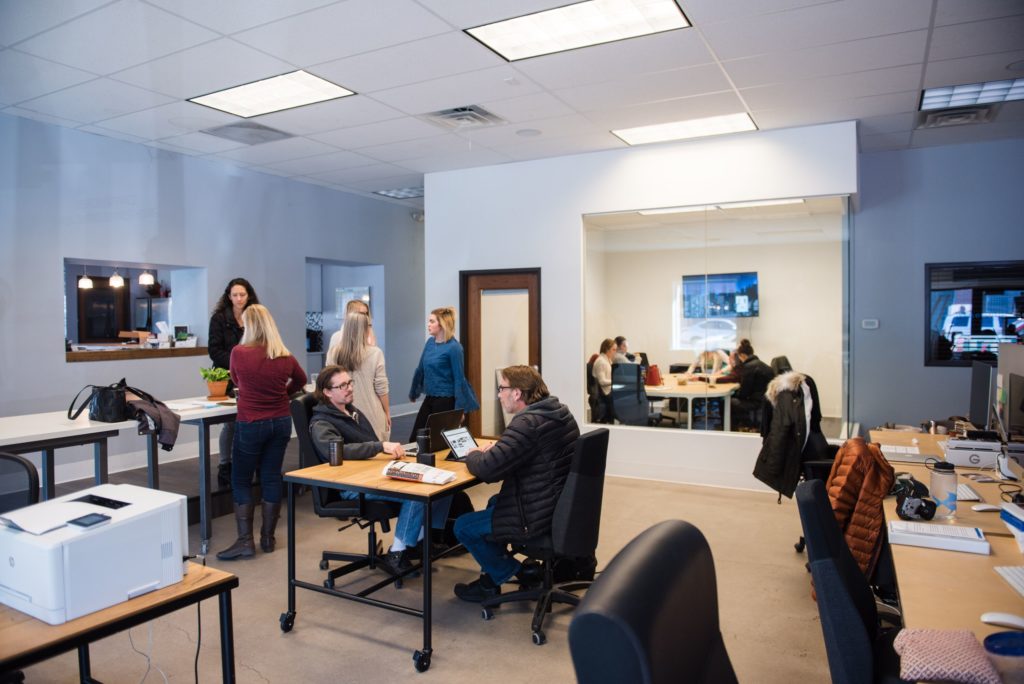 Patrick Edmiston was born and raised in Fort Collins and began working as a photographer after graduating from CSU with a masters in construction right in the midst of the economic recession. Though it started almost by accident, his company PHOCO does a half and half mix of commercial and consumer videography and photography. Back in 2011, with a growing photography business looking for a physical home in a virtual world, Patrick met a family who owned an art studio rental space on Mulberry that was a prototype for what would become the Downtown Artery.

What began as a second floor collection of affordable artist studios on Linden soon moved into what was the Bizarre Bazaar bookstore below and became the venue, gallery, studio space, and creative hub it is today. The Artery calls itself an “eclectic art eco-system” that aims to create a “vibrant space and community that fosters creativity.”

Patrick, who was one of the  founders of The Artery, had a desk for his photography business at Galvanize and saw the benefits and detriments to both kinds of adjacent coworking spaces. Many professional creatives expressed the desire to have an artistic space with a more professional feel or a professional space that promoted creative work. “We felt there was a need for something between the creative studio culture of The Artery and the professional feel of Galvanize for creative businesses in Fort Collins, “ says Patrick as we sit in the contemporary kitchen of The Articulate. He set out to create a place that bridged the gap between art and business.

It is fitting that the first space to be rented and used at The Articulate was the warehouse studio where the 24” X 24” white cyclorama cove currently resides under impeccable studio lighting. Warehouses have always been blank canvases for artists to create, cross pollinate, and experiment in. In the summer of 2016 a small cohort of professional creatives, mostly folks working in digital marketing, photography, and video, moved into the strange building on Riverside with the large stone facade. The 6,500 square foot space formerly housed Encompass Technologies.

Founding members like Blueshoe Media and V3 Media Marketing set the tone of The Articulate as a place for creative work. Despite its current success, Patrick still remembers a dark night of doubt just before the space opened because of the huge financial risk inherent in renting and restoring an abandoned space. He hoped the experiment’s results would support his hypothesis. He, and others, made the leap to create something that mattered to them. The highest priority, Patrick says, was building a sense of community at the heart of The Articulate. 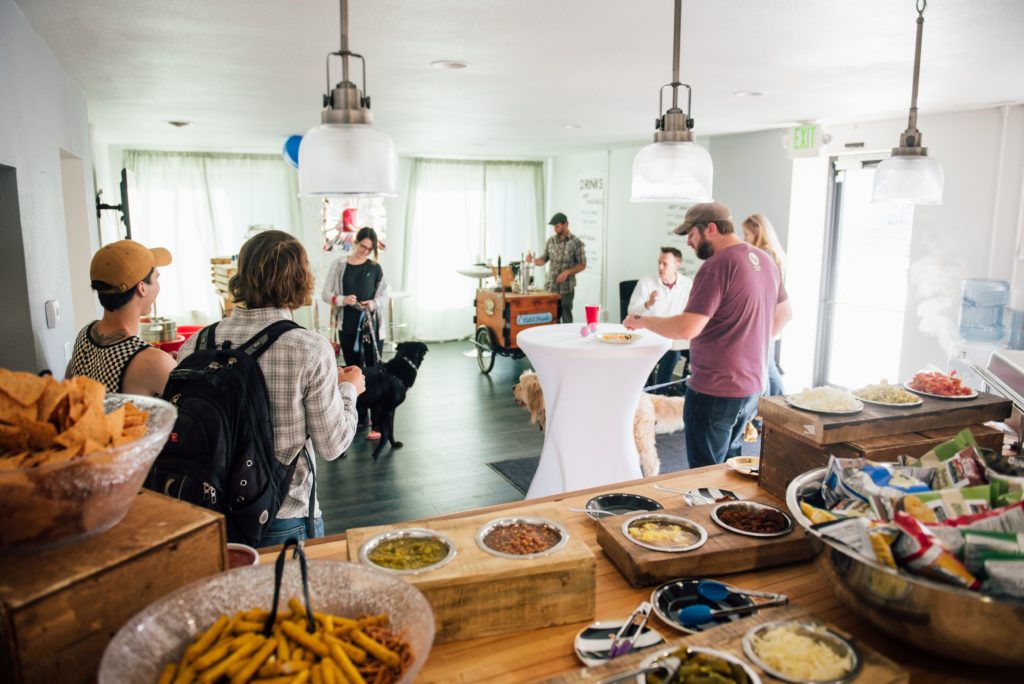 One of the things that strikes me as I walk around The Articulate are the number of common spaces: the kitchen equipped with water cooler, coffee maker, and kegerator; the education room equipped with projector, tables, and wide open space; the photography studio and its open deck. Patrick says this was intentional because gatherings are vital to the overall vision for this coworking space. He told me of his time at The Artery and how, across mediums and disciplines, artists would mingle and refine each other’s work through conversation. “It’s no coincidence that the first universities developed in port cities,” he points out to illustrate how the collision of different cultures, ideas, and perspectives sparks creativity and curiosity.

The community culture at The Articulate is friendly (they celebrated Friendsgiving together and regularly have potlucks) but it’s also a refiner’s fire. Coworkers can participate in community critiques and offer one another feedback on designs, images, and projects. Since around 87% of the coworkers work in a creative field they have the common language to offer one another constructive feedback on work. Community managers Chelsea King and Kate Hansen organize events and foster this vibrant sharing culture. Kate, who started as a coworker in August, has an insider’s view of what makes the hip, young community tick.

I finally asked Patrick what the Fort Collins Coworking Alliance provides and he leaned back thoughtfully. “We’re all the little guys. We’ve got to stick together, not compete with each other, but pool our resources so together we can have a chance,” he arrives at after explaining the genesis of the Alliance.  He went on to say that it’s important for anyone seeking coworking membership to find the right place for them, philosophically and practically, and that sometimes he’ll recommend another Alliance coworking space because the culture may be a better fit for someone. Each person has to “find their right home.”

The Articulate is the right home for many creatives. At the beginning of our interview Patrick humbly stated, as I peppered him with questions on the origin of The Articulate, that it’s not “just a Patrick thing” and that the efforts of many contributed to the community. When the initial team was trying to come up with the name they brainstormed Fortify and The Alamo Collective, but The Articulate prevailed.

Since he’s double-booked on this particular Friday afternoon, Patrick looks a bit haggard.  A band’s playing a show in the back room, the biggest common space, so he says he’ll probably be here all night. Coworkers start to trickle out around 5:00pm, many buckling on bike helmets and changing into work-out clothes before heading out the glass side door. Though he looks worn out at the thought of staying at work so late I can tell Patrick is also proud to host cool events like album releases in the back room.  In a restaurant pop-up, a business workshop, an art show, or a tiny concert, the original intent of creating a flexible bond between professionalism and creativity is made manifest in small, personal, and local ways.

Natalie Scarlett is a freelance writer, editor, journalist, and teacher in Fort Collins, Colorado. She is the founder of Huckleberry Writing and Cipher Creative Productions. In addition to loving all things literary she directs original film, theater, and movement pieces. Her writing has been published in Splat, Aspect: Ratio, Mid-American Review, and (Salt) Arts and Culture Magazine. She likes to write about Fort Collins local color, immersive theater, and any kind of art.